[Tetsuya Hashimoto] Mysterious radio signals in the Universe are not from aliens!

Mysterious radio signals in the Universe are not from aliens! 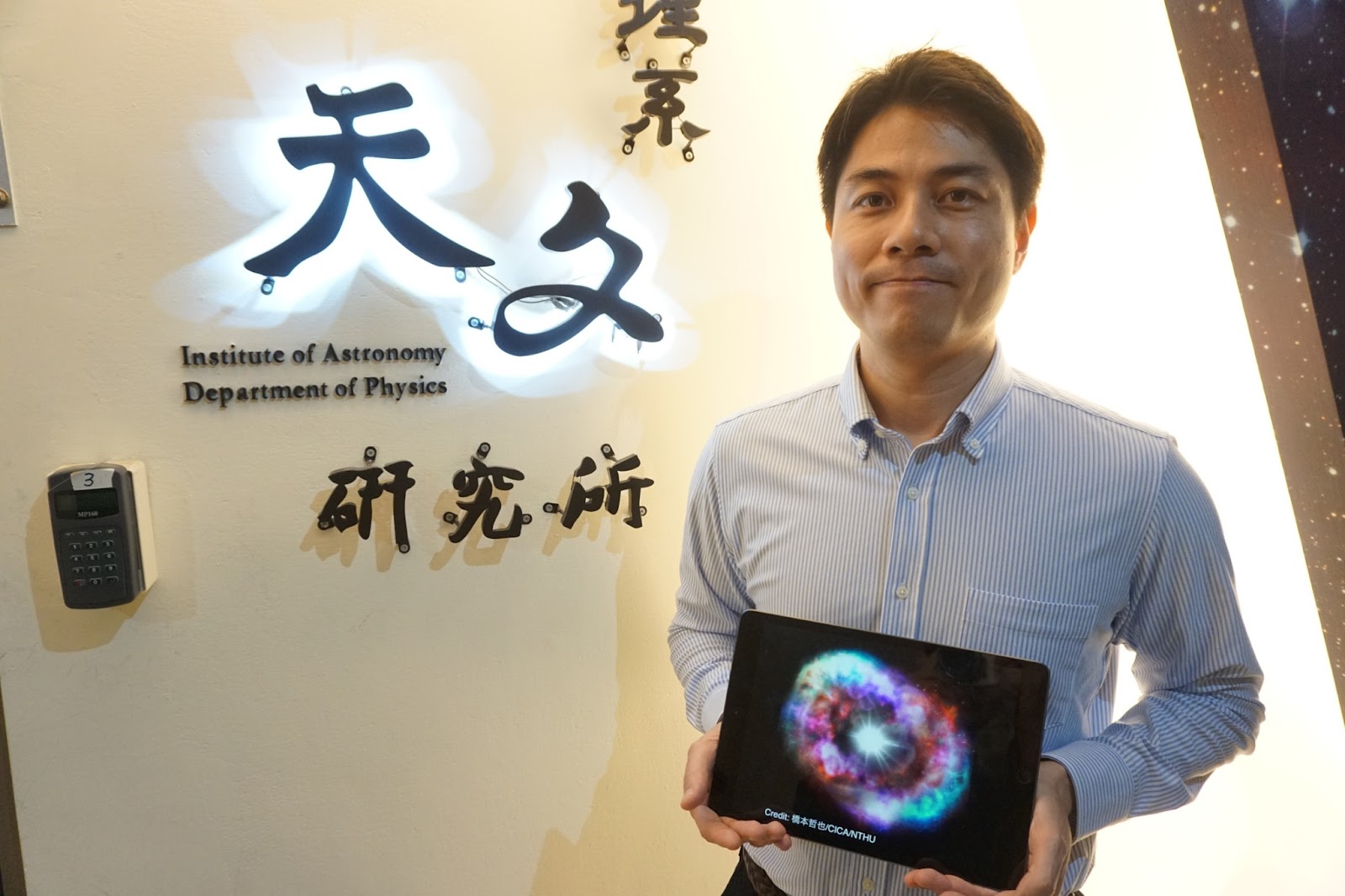 Dr. Tetsuya Hashimoto at the Institute of Astronomy in National Tsing Hua University.

Astronomers have recently discovered that the sky flashes frequently in radio wavelengths. These ‘fast radio bursts’ are happening more than 1000 times every day. Nevertheless, their origin has been a mystery for more than a decade, partly because they disappear very quickly. No one knew about the origins of such signals. Could the signals be from aliens? Dr. Hashimoto's collaborative team at the Institute of Astronomy/NTHU discovered the origins of mysterious ‘fast radio bursts’ for the first time. The research team discovered the alien origin is not likely, but that celestial objects are likely the ones that emit these radio signals.

[Mysterious radio signals in the Universe]

Fast radio bursts (FRBs) are mysterious radio signals from the Universe (Fig. 1). Even though FRBs happen more than 1000 times in the sky every day, no one knew about their origins because they quickly disappear in a few milliseconds. Intriguingly, there appear to be two types of FRBs: non-repeating and repeating FRBs. Non-repeating FRBs show a one-off radio signal while repeating FRBs repeat their radio signals. At first, some people thought the radio signals were sent from aliens in some distant galaxies. Therefore, revealing the origins of FRBs has been a key objective in both astronomy and the interest of the general public for more than a decade (Fig. 2). 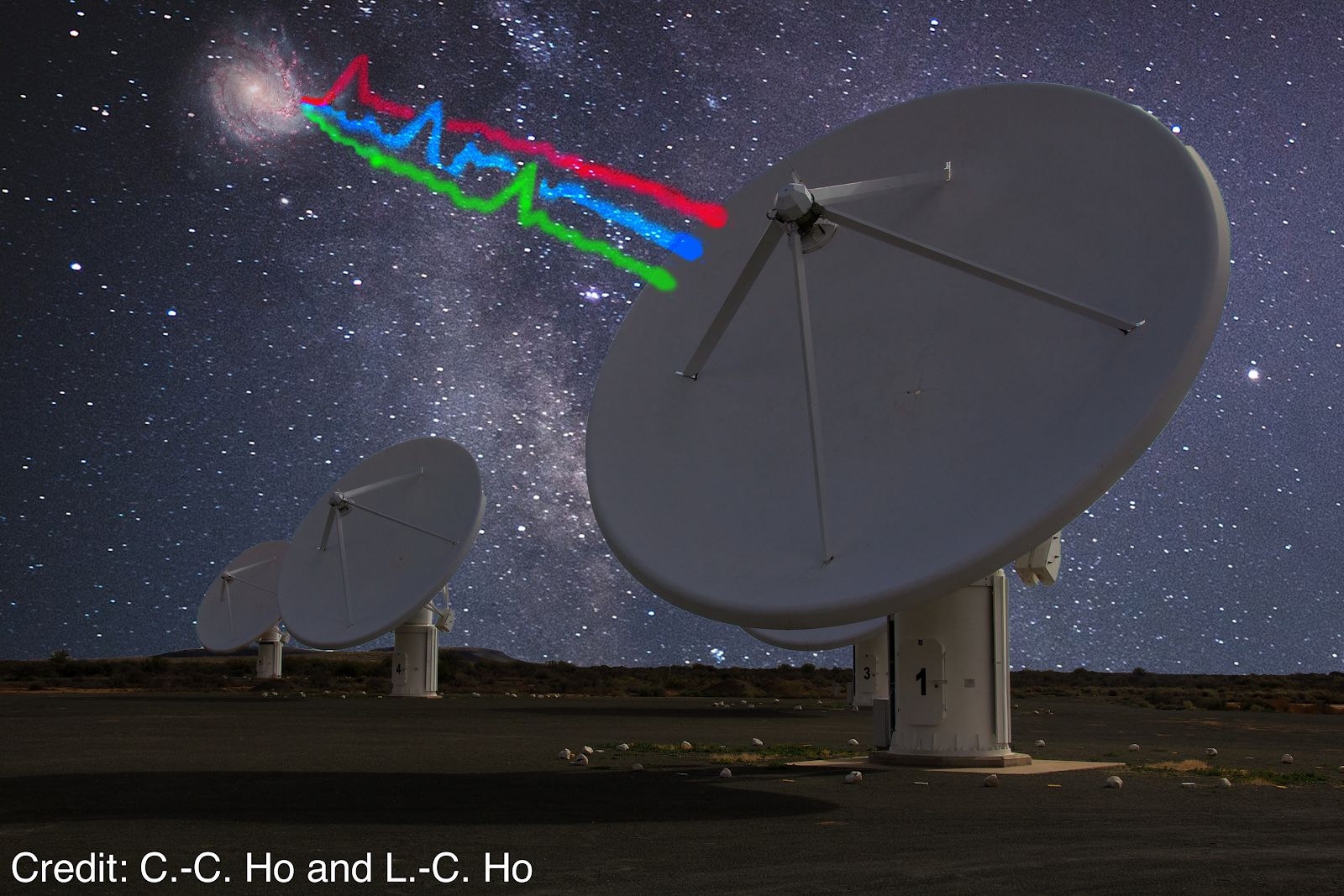 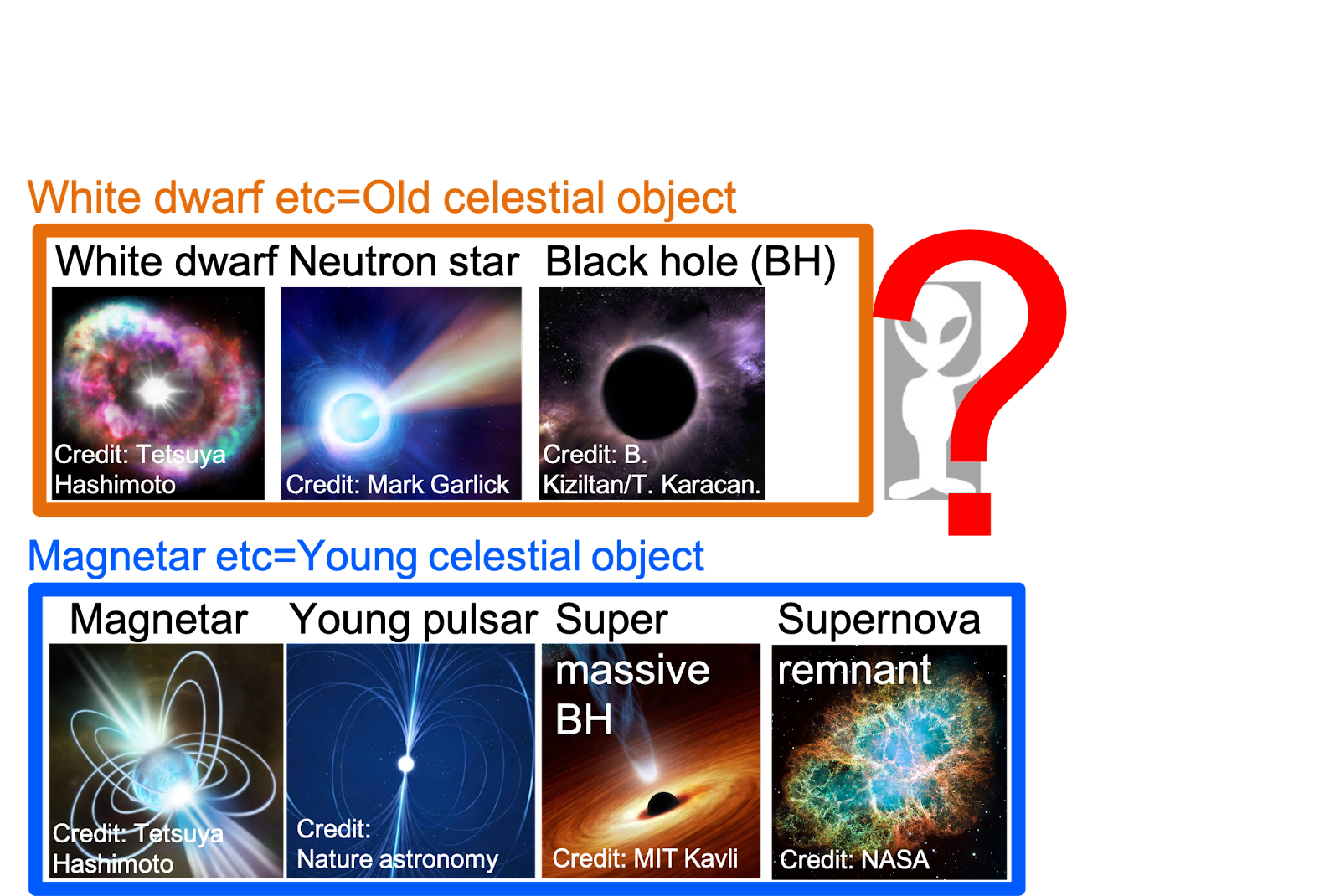 Previous research tried to investigate the locations of FRBs and did not successfully reveal the origins of FRBs except for one case. The research team changed the point of view and uniquely focused on the history of FRBs in the Universe because their history tells us what they are. For instance, the population in a developed country increases slowly whereas that in a developing country increases dramatically. They, for the first time, found that non-repeating FRBs almost constantly happen over the last 10 billion years. In contrast, repeating FRBs occur 10 times more in the past (10 billion years ago) than at present. These trends of non-repeating and repeating FRBs are similar to that of celestial objects such as white dwarfs and magnetars. White dwarfs are the remnants of less-massive stars. Magnetars are neutron stars with extremely strong magnetic fields.

The research team, for the first time, narrowed down the FRB origins. Non-repeating FRBs are likely to have originated from celestial objects such as white dwarfs, whereas repeating FRBs from objects such as magnetars (Fig. 3). This is a breakthrough discovery of the origins of the mysterious FRBs, revealing an answer to a key question in astronomy and general public interest lasting for more than a decade. Fortunately or unfortunately, aliens are unlikely the ones to be responsible for the FRBs. 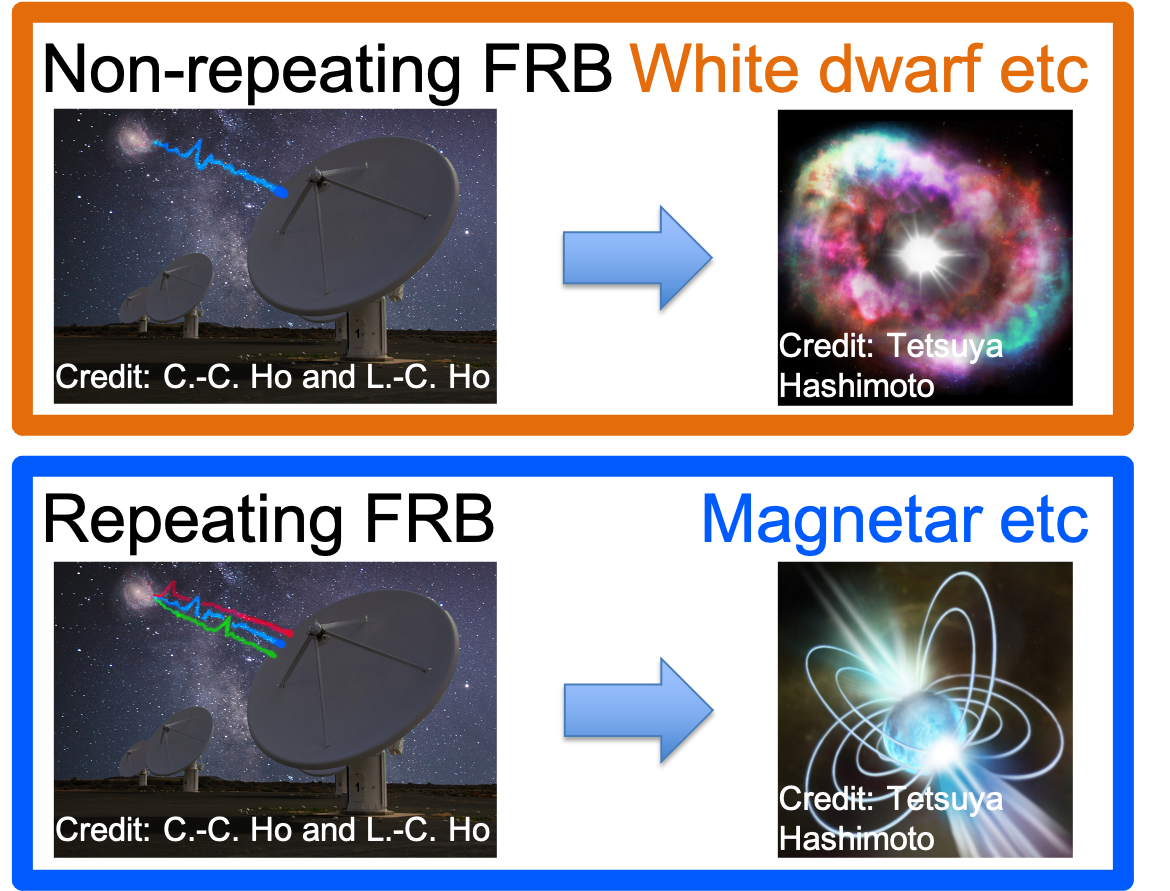 This research was selected for a press-release by the Japanese Astronomy Society on March 15th 2021. The research team was awarded ‘the best postdoc paper award in Taiwan (2020)’ due to this work by the Ministry of Science and Technology (MOST). The result was published in Monthly Notices of the Royal Astronomical Society as Hashimoto et al. 2020, MNRAS, Volume 498, Issue 3, pp.3927-3945

Details of this article are available in the following URLs.